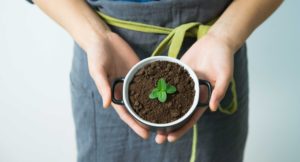 The  Law on the Amendments of the Law on Agricultural Land preventing foreign citizens from becoming owners of agricultural land of private ownership has been adopted as of this week.

This was previously suggested in the text on the Stabilization and Association Agreement between the member states of the European Commission and the Republic of Serbia and includes the four-clause description of the factors leading to potential land ownership on Serbian territory, for EU persons.

In the four years from the inception of this agreement, Serbia will gradually harmonize its legislation concerning the acquisition of ownership of immovable property in Serbia in order to provide citizens of EU member states with the same treatment as their citizens. The conditions for acquiring ownership of agricultural land for citizens of the European Union is now in accordance with the mentioned agreement and represents a matter that can only be regulated by law.

The EU citizen must have lived continuously in the same Serbian municipality in which they want to purchase the agricultural land, for a period of ten years or more, and to cultivate or farm this land for a period of three years (for a fee or sometimes free of charge) for a further three years from acquisition of the land in question. They must also have a registered agricultural holding and own the machinery and equipment with which they wish to work the land with. Upon recognition by the relevant ministries that these conditions have been fulfilled, the foreign citizen has the right to purchase land of up to 2 hectares in size – with the stipulation that the land cannot be designated for construction, of national significance or have any boundaries or ties with the military.

These changes to the law come into force from 1st September 2017.