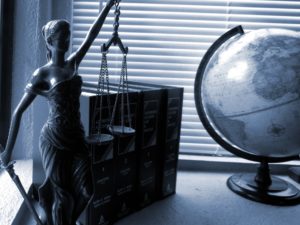 The Criminal Law Reform Project (CLRP) implemented by the Bar Association of Serbia in partnership with regional Bar Associations, as well as the civil society organization Partners for Democratic Change Serbia and  supported over the last three years by the Balkans Regional Rule of Law Network (BRRLN)and USAID reached its completion in September last year in response to research undertaken by the regional rule of law network. The network conducted a comprehensive analysis of the strengths, independence and effectiveness of the defence bars in the Western Balkans. The results of the analysis highlighted five areas of high priority for strengthening defence advocacy in the region, which should further support rule of law in the area.

The five defined areas for focus were Criminal Law Reform, Legal Aid and Ex Officio Appointment Systems, Training and Education within the profession, Bar Chamber Capacity and Media Relations and Public Awareness regarding role of lawyers.

The regional institutions combined to produce project proposals in order to address the five key areas and to increase the potential of its members to carry out the required reforms and initiatives. The CLRP headed and coordinated by Jugoslav Tintor was one of three projects granted support by this initiative.

The goal of the CLRP was to identify the most challenging problems common throughout the Region in the criminal law field, and advocate for changes both de jure and de facto. It prioritised the current and recent reforms of the criminal procedural codes in the Region, and focused on the rights of defendants and the positions taken up by the defense in criminal proceedings.

The Report recommends changes to the respective provisions and practices that would enable better protection of rights of the accused and provide conditions for guaranteeing the right to a fair trial in criminal proceedings. Regional bar chambers have deepened and strengthened their cross-regional mutual cooperation and increased their accessibility to stakeholders and the general public alike.  So far the results of the report have yielded results exceeding  it’s  initial goals and immediate objectives of strengthening defence advocacy in the region.